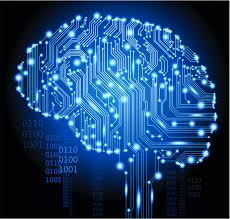 I haven't posted for some time, but homelessness remains as the largest social issue to rent space in my brain, so I thought I would offload a few more things today.

In the last few years, we have seen an explosion of homelessness in every city in North America.  Many communities have declared states of emergency, and are doing big sweeps of homeless encampments. While this is partially an economic issue, as homelessness has been in the past, this new wave of people hitting our streets carries a new, and more sinister complexity.

Homelessness has always been complex.  I used to work in a shelter, and trying to balance between the needs of people who were struggling with mental health issues, and those trying to get out of the prison system was challenging.  People would get schizophrenic people into street drugs, and the more aggressive dealers would prey upon the most vulnerable, leaving shelter workers with few options to keep the peace and support people.  Often, my co-workers said we needed two shelters to deal with the issue propery. Yet things just kept getting more complex, as we tried to support First Nations people, LGBT folks, and those with developmental issues such as Autism.

In lock-step with the micro-complexities of shelter life, we seem to have a new complexity and conflict of needs in our wider economy.  Property values have increased to such a level in many places that people simply cant afford rent.  Furthermore, the increased property values lead to market speculation on houses that would have been rented at one time.  Landlords have become eager to sell, leading to many evictions, and more chaos.

Since rentals more scarce, landlords have become more selective about who they rent to, so we have increased credit checks, paperwork, and high-pressure vetting of tenants.

And to top it off, increased property value leads to gentrified areas, squeezing those in poverty into smaller geographic areas.  The problem with homelessness in a gentrified city is that it doesn't fit-- anywhere.  Every square inch of every sidewalk in large cities is spoken for, and is the livelihood of some business-owner or homeowner.  There is simply nowhere to go.

I call this the "Homeless Singularity," and it seems quite apparent that homelessness cant exist in the future-- we simply don't have the space for it.  Homelessness is so costly now, with estimates of $20,000 - $50,000 per homeless person per year in policing, clean up, court fees, shelter, healthcare, etc.  Supportive housing has become increasingly attractive, and new partnerships between unlikely allies, such as the business community, academia, government, and faith groups, are being formed to address the costs.

I think this singularity will end well, but only through a lot of flexible tap dancing.  Many cities have opened up their parks to deal with the transition, but I think in the far future, we will look back and see ourselves as barbarians for letting good people die on the sidewalk un-noticed.
Posted by Derek M Book at 11:21 AM