The Wheat and the Chaff: Why "Housing Advocacy" Won't Exist in the Future. 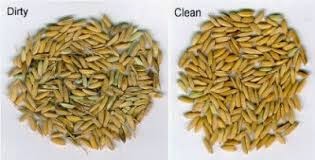 The Wheat and the Chaff-- Why "Housing Advocacy" Won’t Exist in the Future.


My job is less of a career, and more about mischief.  I am an advocate-- more specifically a Housing Advocate for homeless people.  My role has been slowly created through the advancement of systems that surround the social ills of our society.  We have created a school system, a criminal justice system, a health system, and an employment system -- most of which are nearly perfected.  People who harm others or themselves, make poor personal choices, or refuse to play by the rules are brought to justice, perhaps by being sent to the principal's office, sent to jail, or put on a blacklist which labels them as "drug seeking."


Client tracking is effortless now, we have cameras covering nearly every square inch of every drop in centre, housing complex, and department store in every city in the developed world.  Databases have been developed, centralized, tweaked and enhanced through intensive computer processing and human resource development.  Chances are pretty good that one day in the future, if one of my clients applies for supportive housing, the intake coordinator will be able to find out how many times the person was sent to the principal's office.


Yet we are not living in such a world yet.  We still have unswept corners: slumlords who allow tenants with “no questions asked,” probation officers who are asleep at the wheel, and new intake workers who can be tricked into taking a difficult client, despite the mandate of their program.  I live in these dirty corners, huddled there with my clients, looking for an exception, ANY exception to the rule.


So homelessness has a different definition for me than for some of my co-workers and colleagues.  Academics try to divide the topic into broad categories such as “At Risk,” or “Chronically Homeless,” but to me, it’s more about social acceptability.  Some clients I work with have a low level of social acceptability, and some are in the grey zone-- perhaps they have a few criminal charges, but they are well-spoken, with some recovery behind them, or they have an ability to appear more professional than they are.  I usually take stock of what my client has to offer, and sell it to potential employers, landlords, and criminal judges.  If I can convince the resource that my client is not “one of the bad ones,”(Read: chaff) I have success-- my person gets housing, and is on their way to re-establishing social acceptability.  Some think advocacy is some glamorous job where you attain resources for people who really need them by persistently lobbying for people.  The reality is, it’s a sales job, no different than a door to door pitch with a product that may or may not do as it was intended.  I have a well-oiled landlord pitch that uses such terms as “In transition” to describe people who aren’t likely to be the best tenants ever.


When I talk with landlords, the elephant in the room is the tenancy history of the person I am working with.  Quite often, not only were they evicted from the last few places they lived, but they did a lot of damage on the way out.  I have to try and keep the conversation positive, and talk about how hard the person is working, when I know personally that some would be lucky to even remember appointments, let alone keep them.   I am speaking of the most difficult cases when I say this, some people are so lost in crisis, there really isn’t much point in trying to move forward, but I must, because I am an advocate.


If a landlord takes my client, they do so at great risk, with little to mitigate any damages incurred.  I may tell the landlord that I will personally follow up if trouble arises, but the reality is, I may not be in this role in a year or two, so I cannot guarantee follow up.  Furthermore, as I house more and more people over the years (I’ve seen over 300 housed in my 12 years in this field) I find it impossible to follow up in any reasonable way.


If a landlord takes my client, they are not acting in a logical fashion.  If a landlord is a good manager, who is concerned for the safety of his or her building, he or she would shut me down in the lobby.  Sometimes I am bringing a tenant who not only lacks all the correct information (they often don’t even have basic ID), I am bringing a tenant who has a PROVEN poor track record with regard to tenancy in many cases.


If a landlord takes my client, they are acting against their own social lens.  Many managers use a “Wheat and Chaff” model to select tenants, and would suffer the consequences if they didn’t.  We constantly tell our kids not to hang out with the “wrong” kind of people, and thus our prejudice against people in crisis begins from childhood.  We are told to avoid people in poverty, because we don’t want to be associated in the wrong crowd.  We have this reaffirmed in “leadership school,” where we are given tools to get rid of the “dead weight” in our workplaces, schools, or communities.


Yet I have been wildly successful in getting people housed.  So if landlords are taking the people I am advocating for, and getting burned at times, what does that mean in the long run? Well, I’ve seen the backlash unfold over the years: landlords become hardened, screening becomes more intense, and compassionate landlords are replaced by unsympathetic professionals who won’t share their email, cell phone number, or even hand an application to an outreach worker.  Working with outreach workers has become unprofitable, and most landlords in my town won’t even return my calls if they know the organization I work for.


Well, you may say, those “bad tenancy” people can always get into supportive housing, right?  No, they can’t.  There is never enough supportive housing, no matter how much we build.  In my city right now, we are short by over 1000 units (I am estimating- it could be much larger).  This means supportive housing staff must SELECT a tenant.  Keep in mind that these non-profits are funded by other entities that want to see positive outcomes-- the United Way will not fund an organization that is not able to evidence success with the funds allocated.  That means supportive housing complexes are forced into taking clients that will demonstrate “success.”


So we have come full circle: the tenant with a bad rental history will still require somebody like me to get them in, regardless of whether or not the supportive housing service was built specifically for them.  As it turns out, dealing with supportive housing landlords is much, much more challenging for advocates-- these landlords know me well(most of them know me by name in this city), and they don’t believe me for a second when I say my client has been doing well… they have heard this before, a thousand times.  They understand that an advocate will ALWAYS say their client is ready for housing, because their role is to advocate.  I do my due dilligence and apply for supportive housing for as many of clients as I can, but I don’t waste much time with it, and sometimes, I tell my clients to apply on their own, because having my name on the file is likely to make things worse for them.


My housing focus is still on the unswept corners-- new building managers, slumlords, old-school 12-step “recovery houses,” and informal, sometimes legally-sketchy environments that aren’t likely to ask many questions.  Like a salesman with a less-than-perfect product, I look for those customers who haven’t tried my product yet.


Inevitably, a person like me sees that the reason why they got into this work has been left behind in the desperate attempt to achieve success.  As an advocate, you start to cringe when the client shows up for an apartment viewing in dirty clothes, smelling a bit like booze and urine.  You want to tell the landlord that the person has been through hell in their life, but you can’t because you have to respect the privacy of the client.  Besides, nobody gives a damn anymore if I say my client was treated poorly-- the response is usually “Haven’t we all?”


So a lot of us advocates have stopped saying we are going to “get people housing,” and it’s something I will never say again, if I can help it.  I used to tell people I would do everything I can to get them in a place within a month, but now I just support their emotions and help them go through the reams of paperwork that society has set up for them.  We want to see them punished-- that’s what this is all about.  We have perfected the art of accountability, and we now hold these people permanently accountable for everything they have done wrong.  You can get a pardon for a crime, but not for a bad credit history, a bad tenancy, a tendency to be late or forget details, or a mental health breakdown-- these things will follow you forever if the researcher digging them up knows what they are doing. I personally won't play this "wheat and chaff" game, because I don't see any of us as having more value than another. I also believe that some people will succeed, some won't, but trying to predict that is like standing on the shore of the ocean trying to guess the height of the next wave. After 12 years of this, I know that everybody is equally worth it, and deserves a second chance-- Everyone. Every time. No matter what they did. Unfortunately, the system will eventually catch up with me, and I will be asked to start working with people who are likely to be successful-- I will be asked to select the wheat from the chaff. I will not play, and thus, I will be hanging up my hat shortly.


In conclusion, I will say that Housing Advocates have an uphill battle in front of them, which gets steeper every year.  I recently had a senior staff person say “Oh, I remember being an advocate, I was so frustrated all the time!” I don’t think she realized that advocacy is not difficult so much as nearly impossible in today’s world of seamless records management.  If you charted the difficulty of my role in today’s housing market, the line would be vertical, I’m sure.   I am not so much a salmon swimming upstream, I am a nearly dead fish somewhere near the end of spawning season, clawing my way up a trickling stream, knowing that I can’t do it much longer-- knowing that when I finally rest, the best I can hope for is a cheesy plaque saying “Thanks for all the hard work!”  Then I will suffer the same fate I tried to prevent the homeless from experiencing: floating downstream with all the dead fish.  At least I know the lady at the counter of the welfare office, maybe she will get me through faster...
Posted by Derek M Book at 5:09 PM 1 comment: