Hey Hey, Ho Ho, blah-blah-blah has got to go! 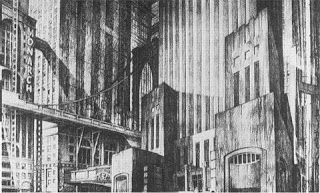 Perhaps we are too intellectually overwhelmed with poverty and homelessness. It’s the only explanation I have left to offer when I consider the disparity between need and funding for homeless services. I don’t believe in maliciousness, and I think I’ve said that before. Even the tighty-righties that would like to enlist all street people in the military or develop some new form of slavery really have the best, if not foolish, intentions in mind. More liberal (if that word hasn’t been wrecked already) counterparts still espouse the same classic strategies and values: research, protest, research, lobby, research, suck-up-to-the-media, blah blah.

What these two political groups seem to have in common these days is a lack of action. Let me give you an example. In a recent budget for British Columbia, $27 million was earmarked to “help keep 300 emergency shelter beds open all year-round.” A fund of $38 million was also included to finance supportive housing projects, including 600 shelter beds, transitional housing and permanent housing. Sounds nice doesn’t it? 27 million… 38 million… except for the fact that in Victoria BC alone, we may have well over 1000 homeless people, and only few hundred shelter beds to assist them. This budget money would be enough to partially address the issue in Victoria, but the figures given are to cover the entire province!

So what’s going on? A 2004 report by the CBC finds:
“The combined service and shelter costs of the homeless people ranged from $30,000 to $40,000 on average per person for one year (including the cost of staying in a homeless shelter). In contrast, the combined costs of service and housing for housed individuals ranged from $22,000 to $28,000 per person per year, assuming they stayed in supportive housing.”
(http://www.cbc.ca/fifth/main_nowayhome_cost.html)

It seems really simple when you look at these figures. Build enough supportive housing, and save millions of dollars. It would work for the fiscally-prudent (ha ha) conservatives, and it would work for the image-conscious liberals. Considering the fact that we’ve had this information for the last 4 years, one has to ask: what are the funders waiting for? Homelessness is a big media issue right now, so shouldn’t the politicians be lining up for photo-ops with token homeless people, and cutting ribbons to open massive supportive housing projects?
I guess it gets down to intellectual debate, because we have all seen or experienced the ghettoization of large housing projects built decades ago, and nobody wants to create another Regent Park. http://www.thestar.com/Unassigned/article/177861 Not being an engineer, I’m guessing that people sit around tables and try to come up with housing designs that everyone will agree on with little success. Who knows? I imagine that administrative delays are eating up 30% of the time allotted to solutions development, and insurance companies and legal firms are bogging things down. Every now and then, some new academic research comes along and undermines or contradicts the previous research (as researchers are taught to do).
It makes me think that the general public needs a still firmer resolve on the matter. Not that I want to see another police-escorted and carefully organized rally event (hey hey, ho ho, blah-blah-blah
Posted by Derek M Book at 11:54 AM No comments: