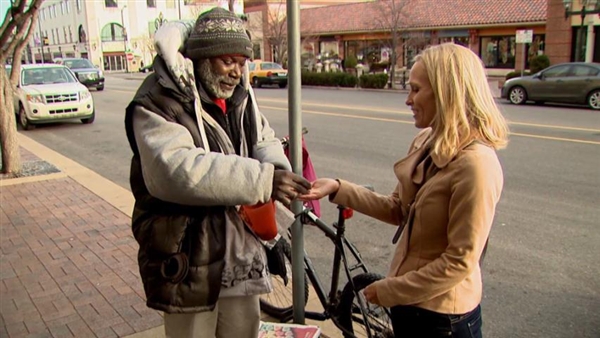 Another feel-good homeless story showed up on my news feed about a homeless guy who returned a diamond ring that was accidently dropped into his panhandling cup, and I almost ignored it, because I consider these stories non-productive distractions from the real homelessness issues.  I mean, if a news network decides they are only going to cover one story about homelessness this month, I prefer they talk about wealth disparity, or empowering solutions, not fluffy stuff about how "those homeless people can actually have a sense of morals!"

A parallel message runs here: The story is saying "look how nice and honest this homeless person is," but it's ALSO saying "most homeless people are theives, so this is an unexpected surprise."  If you think I am being a bummer, or too critical of a feel good story, consider this:

What if this story said "Black Man Returns Ring, Says he Was 'Raised to be Honest' " Would you still think it was a beneficial story?  Personally I find it appalling that people are surprised by honesty from the poor.  If we are going to generalize, I'd say it would be much more surprising to find honesty on wall street.  Common sense will tell you the best thieves have more money in their bank account.